Several lives ago I knew some Hippie Quakers who lived in a commune in the Sunset District of San Francisco. Several lives. They were caring a teenaged boy left with them by a useless mother and planning to walk across the Soviet Union to bring peace to the planet. They had a faded blue-green and white VW bus. Of course they did. They drove it from San Francisco to Boston, stopping in Reno to have me put in a new throttle cable in an effort to make it over hills faster. That is not the nature of the beast. The cable did little.

The young man, whose name escapes me now, maybe it was John, there were many “Johns” then, was terrified of crossing Nevada and Utah, especially Nevada. He was viscerally afraid of the emptiness.

I do not care for the Redwoods. Jungles, natural or man-made, have never appealed to me—Hawaii is dull and being stuck on a tiny island in the middle of a huge ocean adds nothing to my existence. Stark steel and glass towers and grubby lots with chainlink fences, burned out cars, and billboards marketing to the economically challenged do have a certain existential appeal. I possibly misspoke saying there is no interest in those particular jungles.

Desert people, like the book about the messiah on the desert planet, are odd in some ways. Heat, cold, wind, no water, no trees and no people—it’s existential. That word again. Maybe “spiritual” is better suited.

These are old pictures, relatively old, early 2000s. The camera used had “only” 4 megapixels, which was bleeding edge then. A few had 8 megapixels. The original raw files with all the photographic information in them were lost in a disc crash. These are compressed JPGs that were made from Photoshop Elements 1.0. I have reprocessed them with the newest AI software and the newest Photoshop.

Empty places are the best places for some. 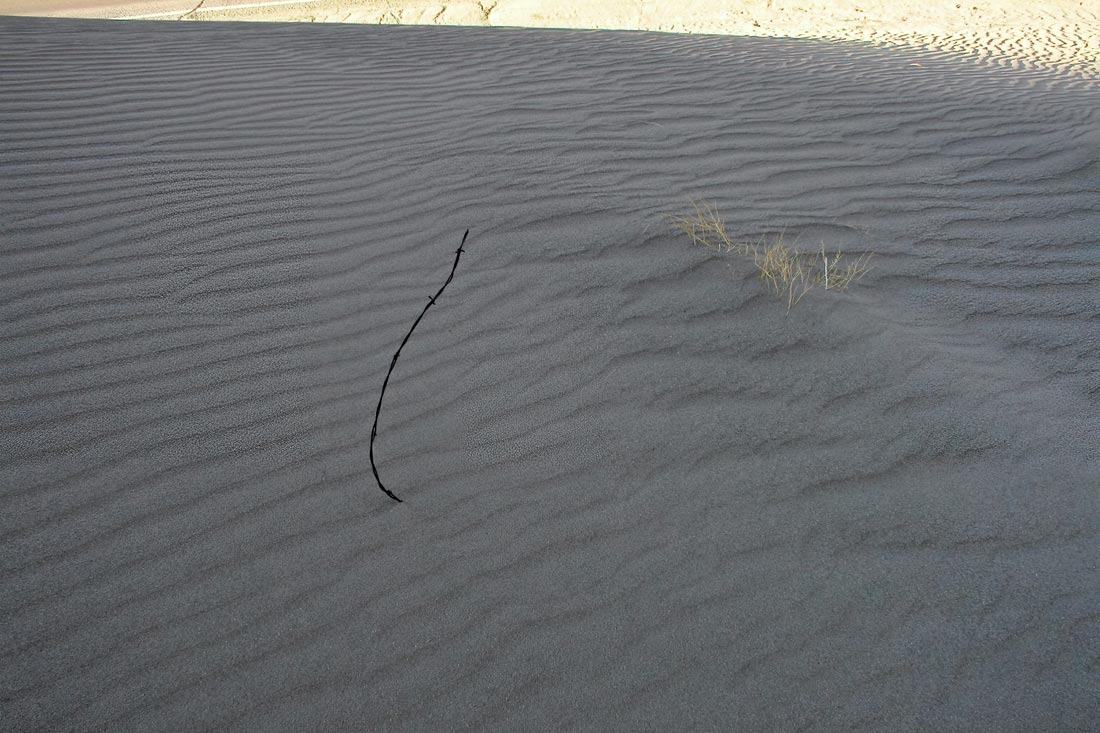